During the 2012 presidential election, no passage caused more heartburn for Mitt Romney’s campaign than this:

“There are 47 percent of the people who will vote for the president no matter what. All right, there are 47 percent who are with him, who are dependent upon government, who believe that they are victims, who believe the government has a responsibility to care for them, who believe that they are entitled to health care, to food, to housing, to you-name-it. That that’s an entitlement. And the government should give it to them. And they will vote for this president no matter what…These are people who pay no income tax …. And so my job is not to worry about those people. I’ll never convince them that they should take personal responsibility and care for their lives.” 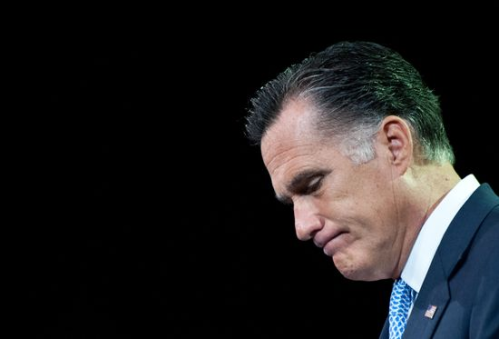 This, of course, is the famous “47 percent” statement, secretly recorded in May at a private fund raiser in Boca Raton, held in reserve, and then opportunistically published in September, as the race was tightening, by the left-wing Mother Jones.

Some people are forever associated with numbers. In Massachusetts, Ted Williams will forever be No. 9. Bill Russell will be No. 6. And Mitt Romney, by virtue of remarks which Yale Law School has recently named the No. 1 quote of 2012, will forever be associated with No. 47. Indeed, if one runs a Google search for “47” (just 47, without the percent sign or word), one finds that 99 out of the first 100 articles are about Romney. (The one exception is a Wikipedia article on the number itself. Apparently, Wikipedia features an article on every number. Some editor there has a very boring job.)

Immediately after their publication, Mitt Romney apologized for his remarks. When Joe Biden cited the comment during the vice presidential debate, the only defense Romney’s running mate Paul Ryan could offer was: “”I think the vice president very well knows that sometimes the words don’t come out of your mouth the right way.”

But here’s the thing. Mitt Romney was right. END_OF_DOCUMENT_TOKEN_TO_BE_REPLACED

RE-BRANDING FOR COKE, CAUSES, AND CANDIDATES

What’s in a name?

According to Shakespeare, a rose by any other name would still smell as sweet. But Shakespeare never worked on Madison Avenue, and he did not study branding.

Businesses have long understood the importance and financial value of brands. According to a 2012 study by the branding experts at Interbrand, COCA-COLA is worth about $78 billion (that’s billion with a “B”), followed closely by APPLE. Remember, we’re talking about only the brands, not the inventory, manufacturing plants, warehouses, and other tangible “things” that stand behind those trademarks.

Businesses have also understood the occasional need for re-branding. When Philip Morris USA figured out that its tobacco products were tarnishing the reputation of its KRAFT and other non-tobacco lines, it changed its corporate name and logo to ALTRIA. When AIG realized that its acceptance of a federal bailout in 2008 was hurting its retirement and financial subsidiaries, it re-branded them as SAGEPOINT FINANCIAL and VALIC.

Social activists may consider themselves above the dull sublunary world of commerce, but in fact they are often its most apt students. END_OF_DOCUMENT_TOKEN_TO_BE_REPLACED