THE MONKEY AND THE DUTCH MASTER

Who or what qualifies as an “author” under copyright law? Recent events on opposite sides of the world shed light on the question.

Last April, the Ninth Circuit Court of Appeals confronted the issue of whether animals qualify as authors. The case arose when Naruto, a 7-year old crested macaque, noticed a camera lying unattended on the jungle floor of his neighborhood on the island of Sulawesi in Indonesia. For reasons known only to himself (but which may have involved the same egocentrism harbored by humans), Naruto paused in his travels to use the camera to take several photographs of himself. These pictures, dubbed the “Monkey Selfies” by the court, went viral. 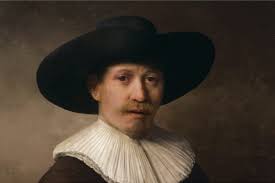 While the Monkey Selfies case unfolded, a team in Holland — once the colonial master of Naruto’s homeland – were hard at work studying the facial features and proportions of the 346 known works of the Dutch Master, Rembrandt van Rijn. The team designed an Artificial Intelligence (AI) software program, incorporating a deep-learning algorithm, which analyzed Rembrandt’s use of geometry, composition, and painting materials. Utilizing a 3D printer, the   program replicated the paint and brushstrokes Rembrandt might have used, applying 13 layers of ink. It generated a new work of art, consisting of more than 148 million pixels based on 168,263 painting fragments from Rembrandt’s body of works. The portrait, known as the Next Rembrandt, was put on display in 2016, and won two Grand Prix for cyber and creative data at the Cannes Lions Festival.

The Monkey Selfies and the Next Rembrandt would seem to have little in common. But for students of copyright law, they stand together, cheek by hairy jowl, forcing reconsideration of the nature of authorship. END_OF_DOCUMENT_TOKEN_TO_BE_REPLACED

A NATION OF RAGE BOYS

He is largely forgotten today, but ten years ago, a furious, wide-mouthed Kashmiri protester caused a stir in social media. His name was Shakeel Ahmad Bhat, but he became known as “Rage Boy.”  Whenever cameras were present to record angry mobs protesting Israel, Pope Benedict, Salman Rushdie, or the Danish Muhammed cartoons, there was Rage Boy, demonstrating, in the words of the late Christopher Hitchens, “his piety and pissed-offness.”

After his identity was ascertained, Rage Boy became something of a cult figure. He was widely interviewed. His visage adorned posters, bumper stickers, and even boxer shorts.

Then he disappeared. No one knew what happened to him. Until now. We now know that Rage Boy emigrated to the United States, cloned himself, joined both political parties, and became the guiding spirit of American opinion.

Thanks to the absorption of Rage Boys into the body politic, rivalries today are less contests over ideas or ideology as they are competitions over who can lay claim to the sincerest, most deep-seated sense of rage. We have become a nation of Rage Boys. END_OF_DOCUMENT_TOKEN_TO_BE_REPLACED