IT IS TIME TO RELEASE JONATHAN POLLARD

In November 1985, a short, bespectacled Navy civilian researcher, with a history of erratic behavior and drug use, was stopped by FBI agents on his way home from work.  Allowed to call his wife, he uttered the word “cactus.”  After the call, his wife removed a suitcase from their apartment and called some Israeli acquaintances.

The researcher was Jonathan Pollard.  The Israelis were his handlers.  The suitcase was filled with intelligence materials, which Pollard had surreptitiously removed from his office.  The materials represented a small portion of the paper pile Pollard had stolen and provided to the Israelis over the previous 18 months.  In total, the purloined documents could fill a space 10 feet by 6 feet by 6 feet – almost as large as the prison cell Pollard was destined to occupy for the next 28 years.

END_OF_DOCUMENT_TOKEN_TO_BE_REPLACED

WHERE ARE THE MANDELA’S?

Next week, three U.S. Presidents and 26 members of Congress will join over 60 world leaders, to attend the funeral of Nelson Mandela in Johannesburg.  This is a remarkable outpouring of global respect for a man who led a small country (South Africa’s population was 35 million when Mandela was elected to lead it) for a short time (Mandela served one four-year term as President, then retired).  It demonstrates the power of the moral life to inspire, a life which, in Mandela’s case, evidenced determination in the face of oppression, dignity in confinement, and forgiveness and reconciliation in victory.

Since his death, many commentators have cited Mandela as an exemplar of Thomas Carlyle’s theory of the “Great Man.”  Carlyle, a nineteenth century Scottish writer, maintained that human progress is powered by the actions of a few heroic figures.  “The history of the world is but the biography of great men,” he wrote.  Carlyle’s heroic view has always been controversial. His contemporary, Herbert Spencer, deemed it childish and primitive.  Spencer saw history as the product of larger, impersonal social and economic forces.  These forces made the so-called Great Men more than the Great Men made history.  “Before he can remake his society,” Spencer wrote of Carlyle’s hero, “his society must make him.” 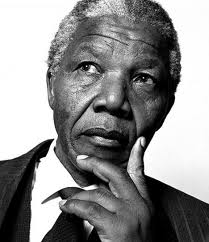 The social system into which Mandela was born was a retrograde and odious system of racial separation.  He spent most of his life fighting it, and when he had won, he forgave his oppressors and tried to work with them in building a new social system.  It is hard to find precedents for the magnanimous course he followed after release from his 27-year imprisonment in 1990.  Perhaps Abraham Lincoln, with his reconciliation plans for the defeated Confederacy, would have furnished an example, had he lived.