Last August, the New York Times launched The 1619 Project, an ambitious effort to educate the public on the role of slavery in shaping America. The Project began with an issue of the Times Sunday Magazine devoted entirely to the subject of slavery. It has grown to include a podcast, and curriculum materials for schools. A book is planned. There is reason to believe that a generation of young, impressionable students will form their historical outlooks based on the Project.

Its title says much about its purpose: to challenge the notion that 1776 is the birth year of America. According to the Times, 1619, when slaves are said to have first arrived on our shores, “is the country’s very origin.”

It’s worth noting at the outset that the title of the Project may be misplaced.  According to Professor Nell Painter, the first Africans to arrive on our shores in 1619 were indentured servants, not slaves — a status they shared with many impoverished white arrivals. Racialized slavery did not emerge in Virginia until the 1660s. But setting aside the question of dates, the abominable institution of slavery took root in the New World and two centuries would pass before it was extirpated.

Now any project that aims to educate the public on our nation’s history should be lauded. Much of the information imparted by the 1619 Project is thought-provoking and valuable. But its central theme should not go unchallenged.

Conveniently left out of our founding mythology is the fact that one of the primary reasons the colonists decided to declare their independence from Britain was because they wanted to protect the institution of slavery. By 1776, Britain had grown deeply conflicted over its role in the barbaric institution that had reshaped the Western Hemisphere. In London, there were growing calls to abolish the slave trade. This would have upended the economy of the colonies, in both the North and the South…. In other words, we may never have revolted against Britain if the founders … had not believed that independence was required in order to ensure that slavery would continue. … [S]ome might argue that this nation was founded not as a democracy but as a slavocracy.

If these statements were true, if the purpose of the American Revolution was to preserve slavery, then our nation was founded in evil, and every American should properly feel some element of shame in his or her heritage.

But these statements are not true. They are wrong. END_OF_DOCUMENT_TOKEN_TO_BE_REPLACED

On May 5, 1941, in the bleakest days of World War II, with most of Europe under Nazi or Communist domination, Life Magazine devoted its cover story to Harvard University. The article began portentously:

The names of Alexandria, Padua, Paris, Heidelberg, Gottingen, Oxford and Cambridge are deathless, because each in its time has been a world center for man’s learning and his search for truth. To that roll has been added the name of Harvard, America’s oldest, the New World’s greatest and the world’s richest university. Today it stands alone. On the European continent the universities have been engulfed by a tyranny that recognizes no truth but the perversion of propaganda …. In the fourth year of its fourth century, Harvard must re-examine the purposes that justify its existence, count its resources and consider how it shall serve man in his unknown future.

The article deemed Harvard mankind’s academic beacon, its last best hope to preserve the flame of free inquiry in a darkening age.

Things haven’t quite worked out that way.

Visit Harvard today and one sees, not the last best hope for free inquiry, but an environment hostile, if not toxic, to the Bill of Rights and the values underlying them.

The latest symptom occurred in the aftermath of a demonstration calling for the abolition of the U.S. Immigration and Customs Enforcement (ICE). The demonstration was staged by Harvard College Act on a Dream, an immigrant advocacy group. It attracted a crowd of about one hundred people. The Harvard Crimson, the main campus newspaper, published a generally sympathetic story, quoting several of the organizers, one of whom happened to be a Crimson editorial executive.

And there the story, like the event, would have quickly faded — but for the inclusion in the article of one, seemingly routine sentence: “ICE did not immediately respond to a request for comment Thursday night.” END_OF_DOCUMENT_TOKEN_TO_BE_REPLACED

Something troubling has happened at Harvard.

For the past ten years, Professor Ronald S. Sullivan, Jr., in addition to teaching at the Law School, has served as Faculty Dean of Winthrop House, one of the twelve houses where Harvard undergrads live after their freshman year. He has held that post along with his wife Stephanie Robinson, a lecturer at the Law School. (Traditionally, a person in that position was given the title “Master,” but in 2016 that honorific was removed because of its alleged association with slavery – an association that may surprise the hundreds of graduate students upon whom Harvard annually bestows Master of Arts, Master of Business Administration, Master of Public Administrations, and Master of Science degrees.)

In addition to teaching law, Faculty Dean Sullivan has had a notable career as a practitioner. Over the years, he has represented Michael Brown, a black man shot by the police in Ferguson, Missouri; Aaron Hernandez, the late New England Patriot convicted of murder; and the family of Usaamah Rahim, a suspected ISIS terrorist killed by the Boston Police.

Last January, Sullivan got involved in another high profile case, when he joined the defense team of Harvey Weinstein.

As soon as he announced his association with Weinstein’s defense team, Sullivan came under attack. END_OF_DOCUMENT_TOKEN_TO_BE_REPLACED

Last week witnessed two events, both involving Harvard University and the enigma of ethnic diversity. On October 15, the trial of Harvard College began in a Boston federal courtroom. The institution stands accused of racial discrimination against Asian-Americans in admissions. On the same day, in the courtroom of public opinion, former Harvard Law Professor, now U.S. Senator, Elizabeth Warren released a DNA report supposedly corroborating her claim to Native American heritage.

Both events are surrounded by controversy, with partisans lining up along predictable lines. And both events take on added significance when viewed against the background of Harvard’s first experiment in what might today be considered affirmative action: the establishment of an “Indian College” in 1655.

END_OF_DOCUMENT_TOKEN_TO_BE_REPLACED

As this story goes to press, it is uncertain whether Judge Kavanaugh will be confirmed to sit on the Supreme Court. But one thing is certain. The confirmation process itself is broken, and in desperate need of repair. Here are three recommendations. They may not necessarily fix the many problems manifested over the past few months, but they may at least moderate them. 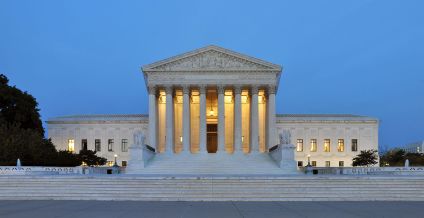 THE MONKEY AND THE DUTCH MASTER

Who or what qualifies as an “author” under copyright law? Recent events on opposite sides of the world shed light on the question.

Last April, the Ninth Circuit Court of Appeals confronted the issue of whether animals qualify as authors. The case arose when Naruto, a 7-year old crested macaque, noticed a camera lying unattended on the jungle floor of his neighborhood on the island of Sulawesi in Indonesia. For reasons known only to himself (but which may have involved the same egocentrism harbored by humans), Naruto paused in his travels to use the camera to take several photographs of himself. These pictures, dubbed the “Monkey Selfies” by the court, went viral.

While the Monkey Selfies case unfolded, a team in Holland — once the colonial master of Naruto’s homeland – were hard at work studying the facial features and proportions of the 346 known works of the Dutch Master, Rembrandt van Rijn. The team designed an Artificial Intelligence (AI) software program, incorporating a deep-learning algorithm, which analyzed Rembrandt’s use of geometry, composition, and painting materials. Utilizing a 3D printer, the   program replicated the paint and brushstrokes Rembrandt might have used, applying 13 layers of ink. It generated a new work of art, consisting of more than 148 million pixels based on 168,263 painting fragments from Rembrandt’s body of works. The portrait, known as the Next Rembrandt, was put on display in 2016, and won two Grand Prix for cyber and creative data at the Cannes Lions Festival.

The Monkey Selfies and the Next Rembrandt would seem to have little in common. But for students of copyright law, they stand together, cheek by hairy jowl, forcing reconsideration of the nature of authorship. END_OF_DOCUMENT_TOKEN_TO_BE_REPLACED

A RADICAL WASTE OF MONEY

As widely reported in the press (see here, here, and here), Angela Davis has decided to donate her papers to Harvard University’s Schlesinger Library. Well, not exactly “donate.” The long-time Communist Party member has overcome her distaste for free market forces and sold her papers for an undisclosed sum of money. Harvard alumni might well ask: Is this how we want our contributions spent?