How small of all that human hearts endure,
That part that laws or kings can cause or cure.
Samuel Johnson

In case you missed it, Silicon Valley has a “diversity problem.” That, at least, is the view of the New York Times, which published an editorial earlier this month, lamenting the fact that most Silicon Valley employees are white and Asian men. “Among technical employees,” the Times noted, “few are women, and even fewer are Latino or African-American.” The editorial noted that there is “a lot the government needs to do” to address the issue, and it urged the technology industry to “start tackling its diversity problem right now,” implying that if the industry doesn’t fix problem, the government will. 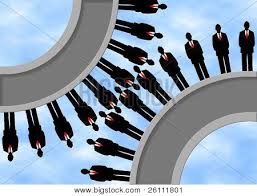 We probably won’t read about it in the Times, but there are even more egregious “diversity problems” throughout the economy. For once you assume, as the editorial does, that any divergence between the demographic profile of the population at large, and the demographic makeup of a particular industry, represents a “problem” – why then, in the words of a famous Broadway hustler, “we’ve surely got trouble, right here in River City.”

If anyone wants to “start tackling a diversity problem right now,” they should start with the Cambodians. This ethnic group comprises 0.09% of the national population, less than one tenth of one percent. Yet here in California, 90% of the doughnut shops are owned by Cambodians. In other words, Cambodians are one thousand times over-represented in the doughnut industry, at least by the logic of the Times. That means that whites, blacks, Latinos, and all of us who are not Cambodian are dramatically under-represented in the doughnut business.

The Cambodian-doughnut “problem” is not unique. Demographic aberrations abound. To take another example, according to the last census, Vietnamese make up about 0.5% of the national population, one half of one percent. Yet 43% of nail technicians in the United States and about 80% in California are Vietnamese.

African-Americans are over-represented in the federal workforce. Though only 10% of the U.S. civilian labor force, they make up 25% of the employees at Treasury and Veterans Affairs, 31% of the State Department, 37% of Department of Education employees, 38% of Housing and Urban Development, 42% of the Equal Employment Opportunity Commission, and 55% of the employees at the Government Printing Office.

The New York City cab business suffers from a monumental “diversity” problem, and the apparent “victims” are native-born Americans. According to the New York Times, 84% of the City’s taxi drivers are immigrants. Drivers from the West Indies (Dominican Republic or Haiti) alone make up about 23% of the total of the City’s drivers. But the dominance of Caribbean peoples may be giving way to the growing number of Bangladeshi, Pakistani, and Indian immigrants entering the business.

Why aren’t we outraged by these other diversity “problems”?

Perhaps because we realize that human beings are not fungible. They do not “diversify” their ranks among the many occupations in proportion to their numbers. On the contrary, today as throughout history, different nationalities and ethnic groups gravitate toward different job areas, often in wildly disproportionate numbers.

In some cases, the reasons for the disproportion are easily understood. California’s Napa Valley, with a climate similar to that of Tuscany, naturally attracted Italian immigrants who brought with them a centuries-old tradition of winemaking, allowing them to dominate the field. German dominance in the American beer industry was a natural outgrowth of their long history of brewing in the Old Country.

Some “diversity problems” are not so easily explained. By the end of the 19th century, about 70% of New York City’s policemen were Irish-born. Even into the late 1960s, the police force remained 40% Irish. But unlike Italians in winemaking and Germans in beer brewing, Irish immigrants brought with them no strong tradition of joining the constabulary. Instead, they gravitated to police work because it was one of the few types of work open to them. Irish immigrants were viewed with contempt and suspicion by native groups; “No Irish Need Apply” was a common insertion in employment postings. Police work was available because for most of the 19th century, policemen were not the respected pillars of the community that they are (usually) viewed as today. Instead, police work was seen as menial and even thuggish. Irishmen gravitated to the field for much the same reason that Jews in Eastern Europe became moneylenders: it was a despised field and therefore open to a despised minority.

Some of these “diversity problems” defy rational explanation. No one really knows, for example, why Vietnamese dominate the manicure business. One theory – as valid as any other – attributes the phenomenon to Tippi Hedren, the star of Alfred Hitchcock’s “The Birds.”

After the fall of Saigon, thousands of Vietnamese refugees ended up in a tent city outside Sacramento named Hope City. Hedren was drawn to their plight, and visited Hope City frequently. The women were fascinated by the aging movie star’s beautiful coral nails. “I noticed that these women were very good with their hands,” Hedren told the Los Angeles Times years later. “I thought, why couldn’t they learn how to do nails?” So she flew her manicurist to the camp once a week to teach the women how to trim cuticles and perform nail wraps. Then she helped them find jobs in nearby cities.

That started a trend. As women left the camp to pursue careers as manicurists, their success inspired others to follow the same path. And the trend was not limited to women. Diem Nguyen, a former South Vietnamese navy commander, enrolled in beauty school himself and encouraged friends to get into the nail business. In 1987, he and his wife opened Advance Beauty College in Little Saigon, translating classes into Vietnamese.

Not only did Vietnamese refugees thrive in the field, they revolutionized its economics. In the 1970s, before the Vietnamese migration, manicures were a luxury reserved for the wealthy, typically costing over $60. Today manicures and pedicures cost as little as $15.

These illustrations barely touch the surface of the complexity of the “diversity problem.” When one drills down, one finds that within different nationalities and ethnic groups themselves, there are dramatic differences in occupational preferences.

Thomas Sowell, the Stanford social theorist, has identified some fascinating examples of these internal group differences. In the United States, Japanese-Americans were sent to internment camps during World War II, and suffered severe discrimination. Yet despite their ordeal, they were loyal and patriotic to their adopted country, and, when allowed to do so, they fought valiantly in its armed forces. In Brazil, on the other hand, the Japanese immigrant community suffered little or no discrimination. Yet they were fanatically loyal to Japan during the war. What accounts for the difference?

To the outsider, the immigrants to the United States and the immigrants to Brazil were both simply “Japanese.” But in fact, they comprised two very different groups, because they left Japan at different times. Immigrants to the United States left Japan during the Meiji era; immigrants to Brazil left during the Taisho era. The Meiji era was a more cosmopolitan and pro-American era; the Taisho era was one of fanatical Japanese nationalism. When they crossed the Pacific to their new homes, the two groups carried with them, along with their trunks and suitcases, very different mindsets and cultural strains.

One may bear these strong ancestral attitudes and aptitudes without even being aware of them. Let me interject a personal note.

I grew up in my grandfather’s house, an Eastern European Jewish immigrant. He was never quite certain where he came from, because the borders around his birthplace were constantly changing. When I became a lawyer, I thought of myself as something of a pioneer. No other relatives were in the legal profession. When my brother, and then my first cousin, and then my nephew graduated law school, I rather smugly thought they were following in my footsteps. Later, a relative conducted some genealogical research and discovered that my grandfather was born in Grodno, now situated in Belarus, but, in past years, part of Lithuania then Poland and then Russia. After World War I, when Grodno became part of Poland, the new rulers imposed a stringent anti-Jewish economic boycott. Yet even in the face of the boycott, half of the city’s lawyers were Jewish. So in choosing legal careers, my kinsmen and I were not straying far from our roots.

Adding to the mystery of diversity is the fact that ethnic dominance is often transitory. A group may struggle to enter a field, rise to dominate it – and then recede. African Americans broke into professional baseball 67 years ago, when Jackie Robinson played for the Brooklyn Dodgers, and rapidly expanded their numbers, reaching 26% of the teams’ rosters in 1979. Since then, their presence has steadily diminished. Blacks make up about 8% of the teams’ rosters today, well below their proportion of the nation’s workforce.

Even more remarkable has been the Jewish experience in professional boxing. To many, the idea of a Jewish pugilist is a joke, perhaps the stuff of a Woody Allen skit. But in the first half of the 20th century, Jews dominated professional boxing. Between 1910 and 1940, there were 26 Jewish boxing champions. Between 1920 and 1930, fully one third of all professional boxers were Jewish, a higher percentage than that of Italians and Irish, the next two highest ethnic contenders. Yet as quickly as they established their dominance, Jews disappeared from the ring. By 1950, there were hardly any prominent Jewish boxers.

The Jewish experience in boxing teaches another lesson about occupational diversity. Nothing is static. People’s strategies for advancement change with time. For many years, I bought my bagels at a shop operated by two Cambodian brothers, survivors of the Killing Fields. Last year they sold their shop. Today, one brother is a successful real estate investor and the other is studying to be an emergency medical technician. I suspect that the Cambodian children of doughnut shop owners, and the Vietnamese children of manicure establishment owners, will follow different career paths than their parents, and the dominance of these ethnic groups will fade into history.

And so, I am not excited by the New York Times’ concern over the “diversity problem” in high tech. Human beings are complicated amalgams of individual and group character traits. To think that social pressure or government fiat can herd them into occupational fields in pari passu is to gravely misconceive human nature and experience. One may just as well attempt to channel the ocean tides with sheets of cellophane. Human beings are and should be equal before the law. But they carry in their heads and in their hearts very different experiences and mindsets. All of that combines to make them fascinatingly, mysteriously, and happily unequal.