LOOKING FOR TRUMP IN HENRICAN PLACES

Ashland being Ashland, the two Henry IV plays boast a number of politically correct flourishes. Hotspur, that model English warrior, has become a woman, Thomas Percy’s daughter. Hotspur’s wife remains a woman; we are expected to believe that medieval England is cool with that. When Prince Harry and Ned Poins rob Falstaff’s gang, they disguise themselves by wearing Reagan and Trump masks because … well, it’s not clear why they are wearing Reagan and Trump masks but it gives the audience a chance to hoot at Reagan and Trump, which is a popular thing to do in a place like Ashland. 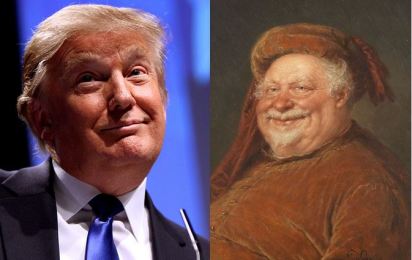 But Shakespeare is a sturdy craft. Load it with all the trendy cargo one can muster and it still remains Shakespeare. It never fails to teach. Even without the PC touches, the Henry IV plays have much to say about our times, including our current President. END_OF_DOCUMENT_TOKEN_TO_BE_REPLACED