Donald Trump’s favorability rating is an anemic 41.8%. That bodes ill for his 2020 reelection prospects. But Trump has a secret weapon. It’s called the Democratic Party, an organization apparently determined to ensure his reelection. 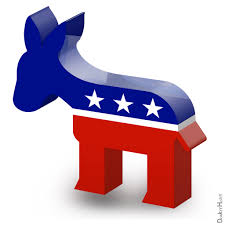 Democrats – including older members who should know better – fawned over the rollout of the so-called “Green New Deal,” the infantile brainchild of Alexandria Ocasio-Cortez. This freshman representative believes that the world will end in 12 years unless drastic action, such as cutting back and possibly eliminating air travel, is taken. House Speaker Nancy Pelosi scoffed at the “Green dream or whatever they call it.” But at last count, five declared Democratic presidential candidates have lined up to support it.

Then there is the proposal to totally eliminate private health insurance companies and replace them with  a fully government-run system, a move that would displace a half million jobs. It is supported by Bernie Sanders and, for about one day, by Kamala Harris.

And then there is the Party’s acclimatization to anti-Semitism. Last week, the Democratic Party proved itself unable to agree on an unambiguous repudiation of freshman Representative Ilhan Omar, who, for the third time, issued noxious anti-Semitic statements. Instead, the Party drafted an anodyne condemnation of hatred of all sorts. There was no mention of Omar – who justifiably characterized this as a victory. Three Democratic candidates — Kamala Harris, Bernie Sanders, and Elizabeth Warren— issued statements supporting her.

Almost lost amidst the din of self-destructive activity has been Democratic Party support for yet another controversial – and deeply unpopular – idea: reparations for the victims of slavery. END_OF_DOCUMENT_TOKEN_TO_BE_REPLACED