Well, metaphorically anyway. In fact, few people are going anywhere in this time of Covid.

The Democrats can look back at their pioneering event with some pride and a lot of relief. This was the nation’s first virtual convention. Aside from some cringe-worthy moments (a “comic” routine by Julia Louis-Dreyfus and Andrew Yang about mispronouncing Mike Pence’s name; an appearance by Bill Clinton on the same day that photos were published showing him receiving a neck massage from a 22-year old Jeffrey Epstein entourage member; a speech by Michael Bloomberg that featured a fly landing on his face), their convention went well.

Joe Biden gave a very good speech. It helped that the bar was set very low — any performance which did not result in him blabbering incoherently would have been scored as a success. But he did more than clear that bar. He gave what may have been the best speech of his career. He spoke more effectively than his running mate Kamala Harris; he spoke as well as Barack Obama, and almost as well as Michelle Obama. 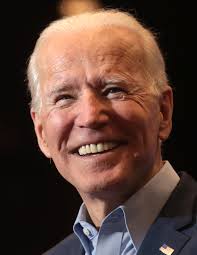 So far, it appears that the Democratic Convention has not produced a bounce. In fact, Biden’s numbers are slightly down in the battleground states. That should concern the Party because it suggests that their ticket has reached its ceiling. And it has done so amid a staggeringly poor economy and a horrific pandemic. The situation between now and November is unlikely to get any worse. It may get better. Better would be bad news for the Democrats.

They spent four days blaming Donald Trump for Covid but they were silent about another epidemic gripping the nation. They said nothing about the rising murder rate in most of our major cities. They were likewise silent about the campaign to defund the police, an issue directly related to that rising rate.

These are serious issues and the Democrats ignored them at their peril. Now the Republicans have the podium, and with it, the opportunity to present and define those issues.

The Democratic Convention included Chicago Mayor Lori Lightfoot, who spoke about Trump’s “assault” on the Post Office.  She said nothing about the epidemic of violent crime in her city. So far this year, there have been over 2,500 shootings. To put that number in perspective, Chicago has suffered a total of 2,831 Covid-related deaths. There is no rational explanation for discussing one deadly toll and not the other.

Most of Chicago’s 2,500 shooting victims survived (thanks to the poor marksmanship of the shooters). But Chicago’s murder rate has increased an astonishing 52%, from 284 to 433, compared to the same period last year. And Chicago is not an isolated case. Jeff Archer of Crimealytics has gathered the data for the first half of 2020 for 23 major cities. Most tell the same story.

By maintaining an eerie silence on crime, the Democrats failed to explain why the murder rate is rising in cities they control. Every city witnessing such spikes is governed by Democrats. In Chicago, for example, the last Republican mayor left office in 1931, nearly 90 years ago. If, as the convention asserted time after time, Trump is responsible for Covid deaths by virtue of the fact that he has occupied the executive office while those deaths have occurred, then how do the Democrats avoid responsibility for the rising murder rates in the cities where they govern?

They might have advanced valid explanations. But they chose to ignore the issue. They left it to the Republicans, who will not be so silent.

The Democratic Convention ignored the many voices calling for the defunding of the police. And again, their silence will allow the Republicans to present and define that issue.

One of the great secrets of the defund issue is the fact the police remain popular. Despite the protests, the American people still think the police do an excellent or good job protecting them from crime, and the percentage has barely changed since 2016 when Obama was President — it was 62% then and it is 58% now.  It should not be difficult for the Republicans to make the obvious connection between the incessant attacks, nearly all by Democrats, on the police and the rising crime rate. When the police are constantly accused of brutality, even when provoked, their reluctance to engage criminals in our cities’ most dangerous areas is hardly surprising.

On some issues, the Democrats prepared well for the inevitable GOP counterattack. Former President Obama spoke in front of an exhibit about the U.S. Constitution, extolling the document. They featured a 95-year old World War II veteran. Every stage was festooned with  American flags. These were shrewd ways to fend off accusations that the Democrats intend to tear down historic monuments and teach the “1619 Project” propaganda in our schools.

But on some issues the Democrats were not prepared. Viewers saw teachers, factory workers, farmers, students clergymen, immigrants. People from every walk of life.  But no police. It is safe to assume that the Republicans will make up for that absence.

In short, the Democratic Convention lavished attention on one epidemic but ignored another.

Students of pugilism tell us that a boxer is most vulnerable when he is throwing a punch. His body is extended, leaving his torso or head exposed for a counter. The Democrats spent four days throwing haymakers at Donald Trump. But they failed to cover themselves up on the crime or police defunding issues. They left themselves exposed to devastating counter-blows.

Fortunately for the Democrats, their opponent is Donald Trump. He is expected to speak for all four nights of the convention. That may mean four nights of meandering, ad hominem ramblings.  But if the Republican Convention organizers can discipline their notoriously undisciplined standard bearer, they may deliver a jolt that will turn a currently one-sided contest into a very, very tight race.