TWINKIES ARE NOT ZOMBIES … YET

Trademark practitioners and junk food addicts (two groups whose ranks often overlap) are closely watching the bankruptcy of Hostess Brands, Inc. and the liquidation of its assets, including its famous TWINKIES brand.

Will a qualified buyer emerge to purchase the brand, and to ensure that TWINKIES — like PAN AM and ZENITH — remains alive, if only in some shrunken, transformed existence?

Or will TWINKIES go the way of all flesh, to that trademark graveyard populated by the likes of ATARI, BORDERS, CIRCUIT CITY, and TOWER RECORDS; marks once famous and ubiquitous, now lost, and by the wind grieved, ghosts which will never come back again?  (Pardon, Thomas Wolfe.) 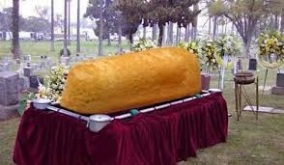 In the past, those were the only choices for brands of failed businesses.  But in recent years, a new, dubious industry has emerged to offer a third choice.  Companies like Strategic Marks of Irvine, California, identify lost marks and try to revive them without the authorization of their erstwhile owners.  Most see these marks the way the Coroner of Oz saw the Wicked Witch of the East, as “not merely dead, but really most sincerely dead.”  But to Strategic Marks and its audacious founder Ellia Kassoff, these marks have an afterlife.  They see them the way Miracle Max saw Wesley, the hero of The Princess Bride: “only mostly dead.”  And as Miracle Max explained: “There’s a big difference between mostly dead and all dead.  Mostly dead is slightly alive.”

Such marks are popularly known as “zombie” marks.  For all intents and purposes, zombie marks are dead.  The products with which they were once associated, have disappeared from the shelves and showrooms.  But if these marks are corpses, they are not completely cold corpses.  They retain some warmth in the form of the public’s fond memories and associations.

Strategic Marks identifies such beloved but discontinued brands, and then disinters and tries to revive them. In some cases, such as the ASTRO POP candy brand, this involves dealing with the last owner and negotiating an assignment of rights.  But in other cases, the company treats unused marks the way one might treat a ten dollar bill found on the sidewalk.  It assumes they belong to no one, and takes possession.

Kassoff noticed that Macy’s Inc., which years earlier had acquired the rights to famous department store marks such as FILENE’s and JORDON MARSH, had retired those brands and converted their stores to the MACY’S nameplate.  So he decided to pick them up off the ground, like a lost bill.  He applied to register the marks with the U.S. Patent and Trademark Office, and announced plans “to bring back the old shopping experiences and brands you remember….  Something we believe has been lost.”

Macy’s filed oppositions to his applications, and then sued Strategic Marks in federal court in San Francisco.  Its lawsuit, now pending, will probably be decided on the basis of the legal test of “abandonment.”

Under conventional principles of trademark law, a brand is not truly property, the way buildings or cars or patents or copyrights are.   Those examples are all legally protectable as property whether or not their owners choose to use them.  But trademarks are different.  They are consumer protection devices.  They enable shoppers to differentiate one company’s goods and services from those of another, and to identify the source of a product.  Because of this utilitarian function, trademark rights arise from and depend upon actual use.  Most marks begin as common words or names or designs, symbols which were once freely available to all.  When they acquire their source identifying power, they become legally protectable trademarks.  Correspondingly, when their owners abandon them by discontinuing use, they lose that source identifying power.  They return to the public domain, whence they came.  Dust to dust, and all that.

The law presumes that a mark unused for three years has been abandoned.  That presumption may be rebutted by evidence that the owner intended to resume use when business conditions permitted.  In the legal fight between Macy’s and Strategic Marks, Macy’s will argue that it has not abandoned FILENE’s and JORDON MARSH and the other once famous department store names.  It will point to the “Brand Heritage” pages of its website, where consumers can now purchase cheap T-shirts, lunch bags, and zip totes, adorned with these iconic brands.  Strategic Marks will argue that this is token use, insufficient to rebut the legal presumption of abandonment.

While Strategic Marks and Macy’s fight it out in San Francisco, the bankruptcy of Hostess Brands, Inc. plays out in New York.  The fate of TWINKIES remains unknown.  To acquire the mark, an interested buyer will have to pay not just for the word, but also for the public’s association of that word with a much-beloved if little-nutritional food product.  That is because trademarks may not be sold or acquired in isolation.  Attempts to do so are deemed “naked transfers,” and are void under the law.  Trademarks may be transferred only in transactions that include their associated goodwill.

What if no qualified buyer emerges?  And what if Hostess Brands, Inc., the owner, dissolves and disappears? Or what if a buyer does emerge, but then chooses not to use the mark, abandoning it instead?

In such cases, TWINKIES would wander the world as a zombie trademark, dead in the legal sense, but very much alive in the memories and associations of the junk food citizenry.  It would be a tempting target for a company like Strategic Marks.

Could anyone then stop Ellias Kassoff from manufacturing some new food product and calling it TWINKIES?

The answer is probably No.  Once legally dead, the mark TWINKIES would become merely the word “twinkies.”  It would return to the public domain, its birthplace, available to anyone who might wish to risk building a business around it.  But the new user would be entitled only to the word, not the goodwill that once surrounded it.  The public would still be entitled to protection from confusion as to source, even after the mark’s death.  So Strategic Marks or some other would-be Lazarus would not be entitled to trick consumers into thinking that they were getting a product connected to the late, lamented Hostess Brands, Inc. product.  If they did, they might face legal exposure.  True, Hostess Brands, Inc. would no longer be around to sue them.  But its competitors would, and they might well have claims against the new user for false and misleading advertising, and unfair competition.  State and federal consumer protection agencies might also have standing to sue, to safeguard junk food addicts from confusion.

Interestingly enough, if TWINKIES becomes a zombie mark, the safest course for a new user would be to associate it with an unrelated food product.

2 responses to “TWINKIES ARE NOT ZOMBIES … YET”