THE REDSKINS TRADEMARKS: CANCELLATION AND CONSEQUENCES

The cancellation of the six REDSKINS trademark registrations is not so much a victory for American Indians, as it is a defeat for commercial speech, which means a defeat for the First Amendment.

According to the Trademark Trial and Appeal Board (“TTAB”), 30% of American Indians consider REDSKINS a disparaging and offensive term.  Even assuming that is so — and the flimsy record in the case does not inspire confidence — the decision should alarm Americans of every category.  For the logic of the TTAB’s ruling gives any minority faction — regardless of the merit of their position — the power to deprive others of the important governmental benefit of trademark registration, which is a form of constitutionally protected commercial speech. 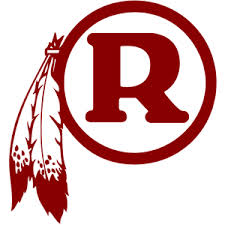 Many commentators have viewed the case as a contest over respect for Native Americans.  But the TTAB ruling transcends the trademarks in question.  One does not have to agree that a word with obvious racial overtones like “redskins” is an appropriate choice for a football team, to appreciate the chilling effects of the ruling.

The root of the danger does not lie with the 2-1 majority decision to cancel.  It lies with the law they applied.

The Lanham Act empowers the United States Patent and Trademark Office to register marks.  Registration, though not a prerequisite to use, confers many advantages: it provides a key to the doors of federal court; it opens the possibility of wining attorney fees and treble damages; it establishes a presumption of nationwide constructive notice of the mark, thus depriving later users of the ability to claim that their infringement was “innocent”; it empowers registrants to enlist the assistance of the Customs Office to block the import of infringing goods.  Even though registration is not required, there are good reasons why businesses spend huge sums amassing and preserving their trademark registration portfolios.

For the most part, government benefits do not involve an assessment of moral issues.  A man might ignore his children and cheat on his wife.  He still has a right to vote.  A woman may spread vicious rumors about her co-workers.  She can still claim a mortgage deduction on her taxes.

The Lanham Act is an exception.  Before granting the benefit of a trademark registration, Section 2(a) of the Lanham Act requires the Trademark Office to delve into the realm of ethics, and to bar any mark that “consists of or comprises immoral, deceptive, or scandalous matter or matter which may disparage … persons living or dead, institutions, beliefs or national symbols, or bring them into contempt or disrepute.”

This license to play ethical monitor is something of an anomaly.  After all, Trademark Office examiners are required to have law degrees, but they are not required to have studied ethics, morality, or theology.  They are graduates of law schools, not divinity schools.

To add to their burden, courts have interpreted Section 2(a) in a way that makes it almost incomprehensible.

In short, the law requires Trademark Office examiners, and the TTAB which reviews their decisions, to play ethical monitor, evaluating whether a “not insignificant” or an “appreciable” number of a group consider a mark “immoral” or “disparaging.” A formidable task.

The TTAB’s task in the REDSKINS case was to determine whether those marks disparaged a “substantial composite” of American Indians between 1967 and 1990, when the six registrations were issued.  Under the best of circumstances, this would have been a daunting assignment.  How does one go back in time, 25 to 50 years, to measure the sentiments of a “not insignificant number” of a particular ethnic group?

The TTAB’s task was rendered even more difficult by the lack of help from Petitioners in the case — six Native Americans.  Instead of submitting their own evidence, they simply referred the Board to an earlier TTAB proceeding, in which another group of Indians unsuccessfully challenged the same marks, and re-used that other group’s evidence.  This was a strange litigation tactic.  For in that prior litigation, the U.S. District Court for Washington DC had ruled that evidence insufficient to support cancellation.  The D.C. Court of Appeals ultimately upheld that decision on other grounds, without questioning the District Court’s holding about the insufficiency of the evidence.  So the only federal court to have examined the evidence submitted by the Petitioners to support cancellation of the REDSKINS marks had deemed that evidence insufficient.

Not only did the Petitioners choose to base their case on evidence previously found inadequate, they recycled this evidence without attempting to give it any order or structure.  The dissenting TTAB judge described their submission as “a database dump.”

The TTAB went to great lengths to construe the recycled, disorganized evidence in the best possible light for the Petitioners.  For example, the majority found evidence of disparagement in dictionary references to the word “redskins,” which described the word as “often offensive.”  But all but two of these references were published after the main marks at issue were registered, and so were irrelevant to the key question of whether or the marks were “disparaging” at the time of registration.  In addition, there was no evidence linking these dictionary definitions to the sentiments of American Indians, the affected group.

Most importantly, as the majority conceded, “usage labels sometimes result from pressure groups trying to influence the lexicographer.”  There was ample evidence for that concession.  One of Respondent’s experts testified about the “overt and covert sociopolitical pressures” applied to dictionary editors: “Quite simply, it is a concerted attempt by various pressure groups to force dictionary editors to … abandon the traditions of setting down the language as it is actually used, however disagreeable regrettable, or uncongenial the use.”  Another expert observed: “…[S]ome people that are in lexicography have been known to be less stalwart and have caved in to suggestions from non-editorial sources.”

In other words, an energized advocacy group can manufacture the very evidence supporting their advocacy.

The main pillar of the majority’s evidence was a 1993 resolution of the National Congress of American Indians condemning the use of the REDSKINS marks.  But there was no clear evidence of just how many Indians the organization represented.  The majority opinion cited two newspaper articles, both dated March 30, 1972.  In one article, the NCAI reportedly claimed a membership of 300,000. In the other article, published on the same day, the same organization claimed a membership of 350,000.  Rather than leading the TTAB to question the reliability of either figure, the majority rather charitably concluded that the two claims agree that the organization represented “at least 300,000 American Indians.”

The Petitioners provided no evidence of the total size of the Native American population, and thus no way for the TTAB to put their “at least 300,000” figure into perspective.  So the TTAB took judicial notice of census records to find whether the NCAI claimed membership constituted a “substantial composite” of the total Indian population.  Those records showed that by 1990, when the last REDSKINS registration issued, the Indian population was 1,878,285, meaning that an organization with 300,000 members represented only 16% of the group’s population.  To justify its holding that 30% of the American Indian population found the marks offensive, the majority arbitrarily assumed that the NCAI’s 1972 membership increased proportionately with the overall Indian population, a supposition for which there was absolutely no evidence.

Ultimately, however, these glaring evidentiary shortcomings were small beer.  For under the murky definition of “substantial composite,” Petitioners could have prevailed whether the actual membership of the NCAI was 350,000, 300,000, or even 100,000, and regardless of whether the percentage of American Indians supporting its resolution was 30%, 16%, or 10% of the overall Indian population.  Any of these numbers would have qualified as “not insignificant” and “appreciable.”

In polite society, it may seem reasonable, even laudable, to prohibit the registration of marks which contain immoral or scandalous matter, or which disparage persons and institutions.  But the Constitution was not written for a polite society; it does not compel the people to be angels.  Instead, it allows the people to traffic in all manner of immoral, scandalous, and disparaging communication.  Many bloggers, columnists, and campaign consultants make a living doing just that.

The TTAB did not address these constitutional issues in its decision. It merely noted that they were preserved for appeal.  When the decision is subjected to appellate review, there is reason to expect that the reviewing court will reverse it and perhaps strike down Section 2(a) of the Lanham Act as unconstitutional.  After all, the TTAB majority ordered cancellation of the REDSKINS marks because they “disparaged” Native Americans — a rationale that seems at odds with Supreme Court’s holding that commercial speech does not lose its constitutional protection merely because it is “offensive.”

If the decision stands, it would be unfortunate. The TTAB ruled for the Petitioners not because of anything special to the experience of the Native American population.  Their tragic history — the theft of their land, the decimation of their numbers –had not the slightest relevance to the TTAB’s decision.  The majority ruled in their favor for one reason and one reason only: because a “substantial composite” of them had been disparaged by the marks at the time of registration.  Under that logic, the Petitioners could have been any group, including white male retired polo players.  For any group able to prove that a “substantial composite” of their kind were disparaged, would be entitled to cancel the offensive mark under the TTAB’s interpretation of Section 2(a).

The decision, if not reversed, could lead to campaigns by other groups – less deserving, perhaps, than American Indians – to claim disparagement and, on that basis, to seek the cancellation of marks they dislike.  Just as the pressure groups, identified by the experts in the case, have forced dictionary editors to alter the language to their liking, other pressure groups could pressure the Trademark Office to jettison trademark registrations conveying messages with which they disagree.

This past Spring, we saw this same phenomenon unfold on college campuses, where small mobilized student factions, with the support of a few faculty members, effectively vetoed the selection of speakers to address campus audiences.    Ayan Ali Hirsi, Christine Lagarde, Condoleesa Rice, Charles Murray, and Robert Birgeneau, all controversial public figures,  were effectively disinvited from speaking by efforts of determined, disgruntled pressure groups.

The REDSKINS decision, if it stands, has the power to turn the Trademark Office into a modern college campus, where marks bearing messages unpopular to a few are “disinvited” from the Register.

8 responses to “THE REDSKINS TRADEMARKS: CANCELLATION AND CONSEQUENCES”