With Hillary Clinton facing mounting trouble over her use of a private email server for government business, and with her favorability ratings plummeting, many Democrats have been casting longing gazes at Vice President Joe Biden. Some see Biden – with his penchant for embarrassing, shoot-from-the-lip comments – as the embodiment of authenticity, and the perfect contrast to the over-scripted, under-trusted Clinton.

Before switching to Biden, Democrats would do well to watch Zelig, the 1983 Woody Allen mockumentary about Leonard Zelig, a human chameleon with the strange ability to look and act like those around him. For all her faults, Hillary Clinton is her own person. She knows who she is and what she wants.  Joe Biden, on the other hand, is a man seemingly uncomfortable with his own skin. Like Zelig, he adopts the traits of those around him. 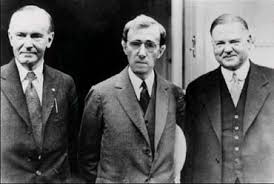 Biden’s Zelig syndrome first came to public notice in 1987, when John Sasso, the campaign manager for Michael Dukakis, leaked to the press a tape comparing a speech by British Labor Party leader Neal Kinnock with a later speech by Biden.  Both politicians discussed how their rise from humble roots became possible.

I started thinking as I was coming over here, why is it that Joe Biden is the first in his family ever to go to a university? [Then, pointing to his wife.] Why is it that my wife who is sitting out there in the audience is the first in her family to ever go to college? Is it because our fathers and mothers were not bright? Is it because I’m the first Biden in a thousand generations to get a college and a graduate degree that I was smarter than the rest?  It’s because they didn’t have a platform on which to stand.

Here is Kinnock referring to his less fortunate forebears:

Here is Biden incorporating that too, but making his ancestors work underground even longer before they could come up to play football (it’s not clear whether he realized that Kinnock’s “football” was a different sport):

Those same people who read poetry and wrote poetry and taught me how to sing verse? Is it because they didn’t work hard? My ancestors, who worked in the coal mines of Northeast Pennsylvania and would come up after 12 hours and play football for four hours?

Biden’s aides had provided the Kinnock videotape to him to study, and to adapt for his own stump speech. Biden did so, and, for a while, he credited Kinnock when he quoted him. But over time, the Zelig syndrome kicked in: Biden became Kinnock, adopting the Welshman’s biography as his own.

The real Joe Biden was not the first person in his family to attend a university. His wife was not the first person in her family to attend college. There were no rugged coal mining ancestors working 12 hours underground and then coming up to play football. When confronted, the best his campaign staff could produce was a great-grandfather, who had been a mining engineer and presumably worked at a desk.

The press treated the scandal as “plagiarism.” Soon they found other examples. It turned out that Biden copied passages from Robert Kennedy and Hubert Humphrey. Delving into the past, reporters discovered that young Joe Biden as a law student at Syracuse had copied five pages verbatim from a law review article for a 15-page course paper. In lieu of expulsion, he received an F for the course.

But “plagiarism” wasn’t the real story. When Biden pirated Kinnock, he appropriated his life, not just his words.

Biden’s Zelig syndrome did not start and did not end with the 1988 campaign. In 1983, Biden told an audience:

When I was 17, I participated in sit-ins to desegregate restaurants and movie houses. And my stomach turned upon hearing the voices of Faubus and Wallace. My soul raged on seeing Bull Connor and his dogs.

None of this ever happened, as Biden later admitted. Instead, he “worked at an all-black swimming pool in the east side of Wilmington, Delaware.” That experience, he later recounted, allowed him to be “involved in what they were thinking, what they were feeling.” Like Zelig, Biden became the individuals around him. He became one of the black swimmers in the pool, absorbing their thoughts and their feelings.

The passage of time has not freed Biden from the Zelig syndrome.

In 2008, while campaigning in Virginia coal country, Biden spoke at a United Mine Workers event and said: “Hope you won’t hold it against me, but I am a hard coal miner – anthracite coal, Scranton, Pennsylvania, that’s where I was born and raised.” Biden was never a coal miner. His spokesman later claimed that Biden had only been joking, but an AP reporter at the event said that Biden appeared humble, not humorous. Surrounded by authentic coal miners, Biden, the chameleon, became a miner.

That same year, Biden recounted an episode in Afghanistan. He was traveling in a helicopter with a three-star general and some senators, when a snowstorm closed in and the pilot decided to put the craft down until the weather cleared. The area was not under Taliban control, and after three hours a convoy arrived to drive them back to Bagram Air Base.

Traveling in an Army helicopter with military personnel around, Biden, inevitably, became a participant in a dramatic military mission. When he returned to the U.S., he told a campaign audience: “If you want to know where Al Qaeda lives, you want to know where Osama bin Laden is, come back to Afghanistan with me. Come back to the area where my helicopter was forced down … at 10,500 feet in the middle of those mountains. I can tell you where they are.” A few days later at another campaign event, Biden described his mission as occurring at “the superhighway of terror … where my helicopter was forced down.”

There is a big difference between being “forced down” and choosing to land to avoid bad weather. Senator John Kerry, a man with actual military experience, recounted the same event somewhat less dramatically: “The pilot exercised his judgment that we were better off putting down there, and we all agreed…. We sat up there and traded stories. We were going to send Biden out to fight the Taliban with snowballs but we didn’t have to do it. Other than getting a little cold, it was fine.”

The temptation among the Democratic rank and file to switch allegiance from Hillary to Biden may be strong. The most recent Quinnipac poll shows her trailing Jeb Bush, Carly Fiorina, and Dr. Ben Carson, while Biden leads or is tied with each. But Democrats need to be cautious. After encountering Dr. Carson, Biden may start regaling campaign crowds with his experience performing brain surgery. 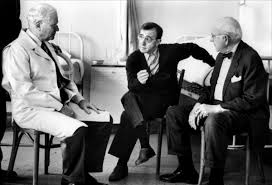