No! I am not Prince Hamlet, nor was meant to be;

Am an attendant lord, one that will do

To swell a progress, start a scene or two,

Advise the prince; no doubt, an easy tool,

Deferential, glad to be of use,

Full of high sentence, but a bit obtuse;

Almost, at times, the Fool. 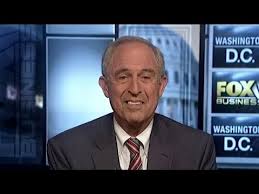 Whatever one might think of former Secretary of State Hillary Clinton’s use of a private email server, she has earned the nation’s gratitude on at least one score. She has provided documentary evidence that government access and law practice don’t mix well together. The sycophantic supplication of Lanny J. Davis to his former law school classmate Mrs. Clinton, begging her to put in a good word for him for a profile in process by the American Lawyer, illustrates that horrible union.

Lanny J. Davis, Yale College and Yale Law School, is a prominent Washington D.C. attorney who served as special counsel to President Bill Clinton, and has represented a string of corporate and foreign governmental clients. He has spent most of his career at blue chip law firms. But in April 2010, he started his own law firm and a sister public relations firm.

The American Lawyer, a monthly magazine and daily online publication, decided to profile Davis’s new venture. That’s when he decided to seek a little help from his friends, asking them to supply the reporter with favorable comments. In a recently released Clinton email, Davis explained:

“Ugh?” Oh, the horror, the horror. Imagine having to endure a cover story. And just when you’re about to launch your new business! What’s a Washington insider to do?

To try to balance the cheap shots, I have asked a variety of people from Ds and Rs and in between to talk to the reporter about me. Ted Olsen [sic] did and said great things. So did Mike McCurry and Karl Rove (!!!). Even President Clinton and President Bush, I am told, may weigh in with nice written statements about their old friend from Yale days. And believe it or not, even Senator McCain called the reporter personally on his cell phone to tell him how much he appreciated my bipartisan *Purple Nation* approach to politics (inspired, of course, by my friend the great former Junior Senator from New York, Hillary Clinton, whom my friend Lindsey Graham once told me was the nicest and most effective person in the U.S. Senate!).

Lindsey Graham might have deemed former Senator Clinton “the nicest and most effective person in the U.S. Senate.” But since Davis’s task was extracting a favorable comment from her, it would not do to have anyone praising her more than he. When it comes to adoring Hillary, Davis had to show that his adoration was second to none. And he did:

The honest to goodness truth is: Aside from Carolyn, my four children, and my immediate family, I consider you to be the best friend and the best person I have met in my long life.

Give him credit. Davis put his wife and children above Hillary Clinton — though one has to wonder whether he would have done so, had Lindsey Graham ranked Mrs. Clinton above his own wife and kids.

Davis assured Mrs. Clinton that he would not be hurt if she turned him down. But in the email, the Lanny doth protest too much. Way, way, way too much.

Please please please * note there are *three please*: *Do not be bashful or concerned about saying no to my request. …[Y]our comments would mean a lot to me, even if just a written statement. BUT: one more please (#4); if it feels inappropriate to you as Secretary of State or for any other reason to be in a quote about me on a personal or professional level, I fully understand.

Four pleases – note there are four — in one email. Now every high school and college student has faced the uncomfortable and somewhat self-abasing task of asking a teacher for a letter of recommendation. But in the history of toadyism, it is doubtful whether any youthful climber has ever fawned with the feverish intensity that Lanny J. Davis brought to bear on his task.

Secretary Clinton forwarded his email to her aide Cheryl Mills with the laconic: “Pls advise. Thx.” To forward an email one need type a single key. But one can imagine Mrs. Clinton doing so with the electronic equivalent gesture of holding the email between her thumb and forefinger a discrete distance away from her, ensuring that its content did not ooze onto her clothing.

Alas for Lanny, the effort failed. The American Lawyer profile appeared in November 2010 – on the inside, not on the cover (ugh!) – without any laudatory offering from Hillary Clinton.

Nevertheless even without her help, the business of Lanny Davis has thrived. He has represented Teodoro Obiang Nguema Mbasogo, the dictator of Equatorial Africa, receiving about $2 million in fees for his trouble. He has represented Laurent Gbagbo, the strongman of the Ivory Coast, another human rights abuser. He has represented Pennsylvania State University in the wake of the Jerry Sandusky scandal.

Many have criticized Davis for his questionable list of clients. Meredith McGehee, a lobbyist for California WIC Association, which represents agencies that serve poor women with infant children, has described his roster as “just almost unseemly, tawdry.”

Now lawyers often represent unpopular clients and causes, and that negativity rubs off on the profession. It may explain why, for centuries, lawyers have suffered from a bad press. Elizabethan audiences cheered when Dick the Butcher in Henry VI, Part II says: “First thing we do, let’s kill all the lawyers.” American moviegoers cheered when a T-Rex chomped lawyer Donald Gennaro sitting on a toilet in Jurassic Park.

Davis responds that everyone deserves a voice, and he describes himself as a crisis manager committed to solving problems peacefully. To an extent, he’s right.  Surely, conflicts should be resolved peacefully whenever possible. But the conflicts to which he refers are not legal conflicts. They are political conflicts. Davis does not market his legal skills. He markets his influence.

That’s what makes his email message to Hillary Clinton so smarmy. Remember the names he mentioned:  Ted Olson, Mike McCurry, Karl Rove, Bill Clinton, George Bush, John McCain, Lindsey Graham. What do they have in common? Not their politics. Not their philosophy. Only their power. That was the message Davis hoped to convey by obtaining quotes from them and from Hillary: I know people. I’m an insider. I can get things done.

Whether representing corporate titans or chasing ambulances, lawyers have a professional obligation to zealously advocate for their clients. But advocacy involves utilizing legal skills: knowledge of the law and powers of persuasion. The practice of Lanny Davis utilizes something quite different: connections. Clients hire Lanny Davis because of who he knows, not what he knows. When influence is your stock in trade, you must pay any price and bear any burden and grovel in any depth, to attain the power to drop names.

None of this makes Lanny Davis a bad man. It just makes him representative of a system of government favors and preferences, where political connections are worth their weight in gold (or, in the case of African dictators, worth $2 million). Working the system does not require a law degree. But lawyers, unfortunately, are drawn to that trade, and many become its most effective practitioners.

The conclusion to the American Lawyer story quotes Davis as saying: “My biggest challenge is that I need to clone myself. I don’t have enough hours in the day. I’m looking for people who remind me of me.” It would be a good sign for the legal profession if he had trouble finding such people. Sadly, he probably won’t.

3 responses to “THE LOVE SONG OF LANNY J. DAVIS”