THE PURSUIT OF IMPERFECTIONS

Andrew Jackson will soon be removed from the front of the $20 bill. The family crest of Isaac Royall, the benefactor whose bequest funded the first professorship at Harvard Law School, is about to be erased from campus. The seal of New Mexico University, which features an Anglo settler and a Spanish conquistador, is under attack. Woodrow Wilson’s name has survived a challenge to remove it from Princeton’s School of Public Policy and International Affairs, but just barely. 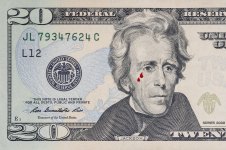 These, and many other comparable campaigns, constitute expeditions into the past in the relentless pursuit of imperfections. Why are these expeditions undertaken, and what  do they tell us about the searchers?

When we examine them, we see that the issues surrounding each controversy vary, but certain general patterns apply across the board.

President Andrew Jackson was a slave-owner; he forced the relocation of the Choctaw and other Indian nations from their homelands.  President Woodrow Wilson segregated the federal civil service, which at the time was one of the few institutions where whites and blacks worked side-by-side.

These “discoveries” amount to little more than uncovering evidence hiding in plain sight, since in most cases the facts were long known to historians, if not the general public.

Next, the activists demand the expunction of the offensive name or symbol. The demand is usually directed toward an institution reflexively inclined to succumb to such appeals, such as a progressive liberal university.

Next, the demands are weighed. During the process, the opposition raises arguments which also fit into recurrent patterns.

First, the opponents argue that the objects of the scrutiny should be evaluated, not by modern enlightened standards, but by the customs of their time. Slavery is universally acknowledged as an abomination today, but there was no such consensus in the 18th century. For centuries, tribes and nations had warred and raided and enslaved one another around the globe.

Finally, a decision is reached, usually in favor of the activists. But whether or not successful, they are always accorded great deference. Indeed, even when they lose, they win. At Princeton, for example, the University decided not to remove Wilson’s name from the campus, but commended the sit-in protesters, declaring: “What is needed is nothing less than a change in campus climate that elevates Princeton’s commitment to diversity and inclusion to a higher priority.” The University agreed to establish a program to encourage more minority students to pursue doctoral degrees, and to diversify campus symbols and art.

While each campaign is interesting in its own right, collectively they raise certain questions:  Why this obsession with the past? Aren’t there enough challenges in the present demanding attention?

Viewed collectively, these expeditions into the past appear to be fueled by two propellants. First, they are exercises of raw power. The activists demand changes, not because those changes will generate any tangible progress, but because they demonstrate their power. The removal of the Royall seal, for example, will not result in the admission of a single additional minority law school student, or lead to the passing of the bar by a single additional minority lawyer. It will have no effect whatsoever on crime rates, income levels, or family stability in the minority community. But it does illustrate that the activists have power, and that they can easily force the institution to capitulate when they choose to exercise that power.

Second, these expeditions into the past are necessary to feed the demand on college campuses for evidence of racism. A historical analogy explains the reason for this demand.

In January 1961, outgoing President Dwight Eisenhower warned the nation of a military-industrial complex, which was marshaling political support for greater and greater military spending by the federal government. Today, there is a comparable complex, sometimes referred to as the grievance industry, consisting of academic departments and their off-campus affiliates such as the sensitivity training services. This large and growing class seeks greater and greater spending and hiring by universities. The military-industrial complex identified by President Eisenhower required the threat of communism to justify its demands. The grievance industry complex requires evidence of racism to justify theirs.

This creates a problem.  Although racism certainly exists in our society, it has diminished dramatically over the past few generations. This may come as a shock to contemporary students, who are constantly taught that racism is deep-seated and pervasive in our country. But the proposition that racism has dramatically declined is not only true, it is indisputable.

One can see the decline in changing public attitudes on racial issues. In 1959, according to Gallup polls, only 4% of the population approved of interracial marriage. By 2013, that percentage had risen to 87%. From 1958 to 1997 Gallup polls found that the proportion of whites who said they would move if a black family moved next door fell from 44 to just 1 percent. In 1958, only 38% of the population told pollsters that they would vote for a qualified black candidate for president. By 1999, the percentage had risen to over 95%. In his two successful campaigns, Barack Obama, our first black President, won 43% and 39% of the white vote, exactly the same percentages that Bill Clinton won in his two presidential campaigns.

Of course, racism continues to exist, and of course, the answers one gives to a pollster do not necessarily reflect one’s true inner feelings. But one simply cannot compare the United States of today with the United States of a half century ago without recognizing a gigantic, seismic shift for the better in racial attitudes.

This poses a challenge to the grievance industry complex, which depends on a steady supply of racism to justify their jobs and their academic budgets, just as the military industrial complex depended on the threat of communism to justify their jobs and budgets. The expeditions into the past are one way to meet this challenge. Evidence of genuine racial animus – as opposed to the pretend racism manifested in such recent inventions as “micro-aggressions” – is increasingly hard to find in modern college campuses. The search into history is a way to circumvent the shortage of real current racism, by finding past examples that are closely tied to the institution’s heritage. With this evidence in hand, the grievance industry can justify not only its existence, but also the need for its expansion.

In the 1960s, about the same time that the modern civil rights movement was gaining mainstream acceptance for its progressive agenda, experts assured us that we were fast running out of the fossil fuel. So the energy industry developed new exploration and extraction techniques. They ranged the globe finding oil in places that were once deemed inaccessible, and they invented new ways to recover it. Far from running out, proven oil reserves have grown steadily, from about 700 billion barrels in 1980 to about 1.7 trillion barrels today.

Like the energy explorers, the grievance industry explorers range far and wide for their targeted commodity.  They may not explore the globe, but they can range through the ages, and in the geography of time, they can manage to locate huge reserves, just waiting to be tapped. That quest animates these excursions into the past. And thanks to their persistence and resourcefulness, racism is a resource we will never exhaust.

One response to “THE PURSUIT OF IMPERFECTIONS”